FDM 3D Printers are everywhere – from the home to the office, from the classroom to the workshop! 3D Filaments are materials used for 3D printing. 3D filaments come in different types and your filament choice might depend on the object that you are trying to build. A 3D filament is something similar to what ink is for normal inkjet printers.

CADx being one of the leading 3D Printer Manufacturer in Delhi India, also, manufactures 3D Filament which can be used in 3D Printing Machines for printing a 3D object. 3D printing filament is the thermoplastic feedstock for fused deposition modeling 3D printers. 3D printing filament is created using a process of heating, extruding and cooling plastic to transform it into the finished product.

The most commonly used types of 3D printer filament are the thermoplastics PLA, ABS, and PETG. Other materials that are sold as 3D printer filament include nylon, polycarbonate, carbon fiber, and many more! There are even special blends which can conduct electricity or glow in the dark. With so much variety on offer, it’s easier than ever to create functional, beautiful, and high performing prints with a variety of exciting materials.

There are different types of filament, some differs in the thickness and then the material used. Of course, it’s your choice to use one or the other type of filament depending on your requirement and the material needed in the printing of the object.

In 3D printing, polylactic acid (PLA) is the king, it is most widely used 3D filament. It’s often compared with ABS, which is the next in line to the throne. PLA is easily the most popular 3D printer filament type, and for good reason.

it’s easy to print with PLA filament. PLA has a lower printing temperature than ABS, and it doesn’t warp as easily, meaning it doesn’t require a heating bed (although it definitely helps). Another benefit to using PLA is that it doesn’t give off an evil smell during printing. It’s generally considered an odorless filament. PLA is brittle, so it is generally advised not to use it when making items that might be bent, twisted, or dropped repeatedly, such as phone cases, toys, or tool handles.

ABS (Acrylonitrile butadiene styrene) ranks as the second most popular 3D printer filament, after PLA. Which simply means it’s the second most commonly used 3D filament. With respect to its material properties, ABS is actually moderately superior to PLA, despite being slightly more difficult to print with. It’s for this reason that ABS is found in many manufactured household and consumer goods, including tool handles and many other things.

Products made up of ABS have high durability and a capacity to withstand high temperatures. It is advised to use ABS filament in 3D printing with a heating bed, and in a well-ventilated space. ABS material properties make it a good general-purpose 3D printer filament, especially it shines in creating an item that is frequently handled, dropped, or heated.

Polyethylene terephthalate (PET) is the most commonly used plastic variant in the world. Best known as the material used in the manufacturing of water bottles and other food containers.

While “raw” PET is rarely used in 3D printing, its variant PETG is a popular 3D printer filament. The ‘G’ here stands for “glycol-modified”, and the result is a filament which is clearer, less brittle, and most importantly, easier to use than its base form. For this reason, PETG is often considered a good middle ground between ABS and PLA, the two most commonly used types of 3D printer filament, as it is more flexible and durable than PLA and easier to print than ABS.

Nylon as 3D filament if compared with most other types of 3D printer filament, it ranks as the number one contender when together considering strength, flexibility, and durability.

Another unique characteristic of this 3D printer filament is that you can dye it, either before or after the printing process. The negative side to this is that nylon, like PETG, is hygroscopic, meaning it absorbs moisture, so remember to store it in a cool, dry place to ensure better quality prints.

Thermoplastic polyurethane (TPU) is one of the popular 3D filament used in 3D printers these days. TPU is slightly more rigid – making it easier to print. It’s also a little more durable and can better retain its elasticity in the cold.

Polycarbonate (PC), in addition to being the strongest 3D filament presented in this list, is extremely durable and resistant to both physical impact and heat. Due to its physical properties, PC is an ideal 3D printer filament for parts that need to retain their strength, toughness, and shape in high-temperature environments, such as electrical, mechanical, or automotive components.

Polyvinyl Alcohol better known as PVA is another great 3D filament. PVA is a special plastic that is water soluble. This type of filament is based on polyvinyl alcohol, so it has pretty good properties like being non-toxic and biodegradable. PVA is easy to print and they make a good support during a printing process for those models with overhangs that is impossible to print without a support.

High Impact Polystyrene (HIPS) material is biodegradable and has a bright white color. It has no adverse effects when it comes in close contact with humans or pets. HIPS is very similar to ABS, only that it uses Limonene as a solvent. HIPS filament, just like PVA filament, is also a great 3D support material. In fact, HIPS would make a great support material when you print ABS with dual extrusion printer.

Buy online and pay us with highly secured payment gateway. 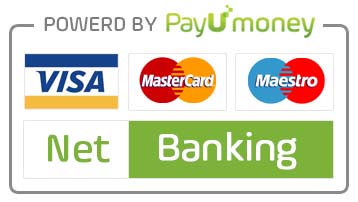 We are there on various social channels as well, connect with us on your favorite social networks below for latest updates and product releases from CADX Tools & Technologies Pvt. Ltd.